No. 4 Lobster & Chips at The King’s Head Bistro, Galway 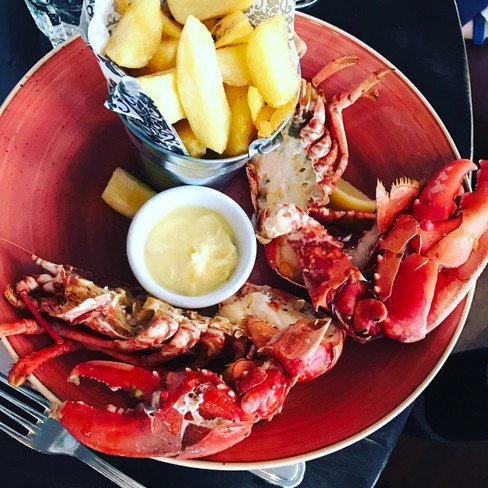 Steak frites, fish & chips, its an old formula, after all. But how is it I’ve never seen a whole lobster split open and served with a cone of crispy frites before?

Wow! What a treat. The dish looked as good as it tasted. This was one of the specials that King’s Head Bistro had on the menu during the Galway Food Festival last April.

Can’t wait to give this place another visit.

I wouldn’t be surprised if the lobster was actually Canadian, rather than local, as the Irish lobster season doesn’t really get rolling until late May or June. But the global seafood market has rearranged our expectations as well as our seasons. Support your local farmers and fisherman, but don’t starve if they run out.

Local is always better, of course, but enjoying fresh, jet-flown sushi tuna from the Tokyo Fish Market or lobster from Canada is not really a sin.